We’re proud of our team and always looking for more people with a similar passion.

Simon is 49 years old, married to Renate and together they have two sons. His passions are sport, people and nature, especially as related to growth and change.

Simon started his career as officer with the Royal Dutch Marines Corps, where he learnt to lead a platoon of thirty people. Essential elements of his leadership were the enhancement of the mental and physical health of his team and the motivation of people. After several different challenging jobs, one of which was being sent out to Bosnia, As a Captain Simon left the Royal Marines to realize his life-long dream: together with his wife Simon travelled the world. A year and a half later, with a backpack full of adventures and life changing experiences, they returned home. Simon decided to change the course of his life and bridge the gap with the business world; he became head of several teams within commercial services businesses. His focus was always to set out goals together as a team, based on trust, respect and making a connection between all members of the team. The results followed almost automatically because of this collective collaboration.

In the next fifteen years, as a Director Simon joined the management teams of several companies, leading different change projects within the commercial services sector, as well as sport, culture and defence. Time and again Simon was fascinated and inspired by the following themes: to set new goals through change of course, collaboratively, by breaking old patterns, giving trust to each other, by enjoying the process, through constant self-development and realization towards a clear point on the horizon, ultimately getting optimum results.

Simon implements all that he has learnt over the years in his work with Vital 2 Perform. To reach the highest level of succesfull change, he collaborates with different professionals he has worked with before and in whom he has a lot of faith. 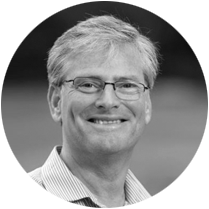 Ruben is 54 years old, he is married to Mariëlle and together they have two children. Ruben is a passionate cyclist and in summer you will often find him cycling to the top of the Mont Ventoux in the Provence, France, trying to beat his own record. Other passions are swimming, skiing and travelling. He also enjoys watching his son playing rugby and his daughter performing in theatre shows.

Ruben started his career as an officer in the Royal Dutch Air Force after his studies in Electronics at the Royal Dutch Military Academy. Already in his early twenties, Ruben was head of a team within the Royal Dutch Air Force that worked on large and complex aviation maintenance processes. He was also part of the team that advised the Dutch government on the purchase of helicopters for the Dutch Royal Air Force. After more than ten years of leading several exciting and challenging projects within the Air Force, Ruben changed direction and started to work for PostNL (TNTPost at that time) heading different marketing product development trajectories and new business development. After two years of working as an organisation strategy advisor, Ruben travelled for several months through Mongolia, where he ended up with the Tsaatan, the reindeer people. This was a life changing trip that emcompassed the core values of Vital 2 Perform: adventure, wisdom and connection. After that, Ruben became a Managing Director/CEO with full P&L responsibility for several companies in the Netherlands, Canada and the UK. He specialised in leading complex change processes.

Ruben’s latest and most inspiring adventure is working together with his brother Simon in their company Vital 2 Perform. Their goal is to inspire companies and individuals, helping them to strengthen their vitality, life force and overall performance. Every day is important!

From an early age, Saskia was taught the importance of health and vitality thanks to her dad who is a doctor and her mother who is a nurse. Saskia’s personal interest nowadays lies in how people function in organisations.

She is always searching for the perfect combination of fun and performance and how employees and employers can achieve this. Her passion for people and especially human behaviour has led to a specialisation in professional communication, behaviour change and performance improvement; from sick leave to recuperation to engagement.

Saskia started her career as an HR-counselor in the financial sector after finishing her HBO-studies Personnel and Organisation. Since then she has used her knowledge and expertise as a counselor, manager, trainer and coach to help organisations within diverse disciplines in a meaningful way. Her clients appreciate her ability to offer insight into complex issues as well as steps that have a positive impact, starting from the root of the problem. Compassion is key to her coaching and training.