We tailor solutions to our
customers’ needs 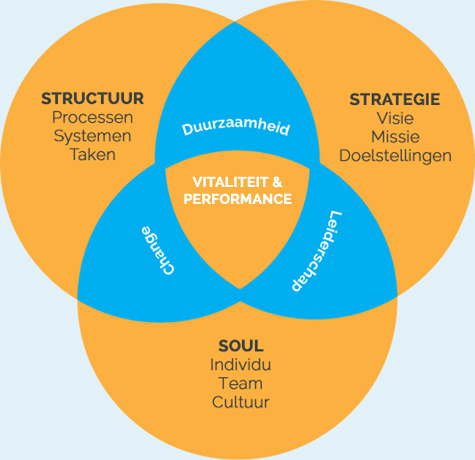 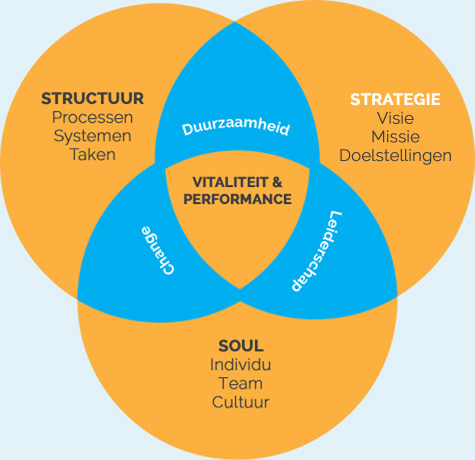 With our ‘dot on the horizon’ program we help our customers to define mission, vision, core values and key objectives. The optimisation and alignment with ‘Soul’ will be based on making sure that the mission and vision are inspirational and the key objectives are known, embraced and supported by all employees: ‘involve me and I will understand. Involve me and I will feel validated.’

With LEAN and 6SIGMA principles we help our customers to improve structure. ‘Structure follows strategy’ and the optimisation and alignment with ‘Soul’ will be based on making sure that the processes are sustainable, effective, efficient and support the employees so that their added value is optimised. It is key to only have support and dialogue structures that add value.’ 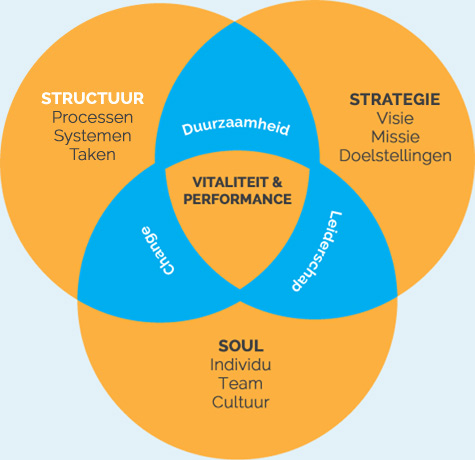 We help companies and businesses to improve employee engagement and employee retention and to reduce absenteeism.

Our key drives are engagement, leadership and change. The world is changing. Customer demand is changing. Change is required to continuously achieve objectives and maximise performance by aligning Strategy, Soul and Structure.

With our coaching programs we help individuals to make the necessary changes. With our team building and leadership programs we help individuals and teams to create the necessary energy, commitment, drive and platform to facilitate change. With our strategy program we help organisations to adapt mission, vision and objectives to a changing environment and changing customer demand, creating sustainable value.

Our key drives are engagement, leadership and change.

The potential for employee engagement to raise levels of corporate performance and profitability has become a high priority for many companies both in private and public sectors as well as governments and policy makers. The reason that employee engagement has garnered so much attention lies in the fact that it enhances both organisational performance as well as individual well-being. Engaged employees have proven to be more productive and successful. They are far less involved in safety incidents, their retention is much higher and their absenteeism lower. Their energy levels are generally much higher and they are able to cope better with stress.

We specialise in supporting companies and organisations improving the engagement of their employees using scientifically based, online personal development tools such as GRIP, scientific surveys, executive and life coaching as well as our bespoke and highly interactive workshops:

We are also actively involved in the UK voluntary movement ‘Engage for Success‘.

Our key drives are engagement, leadership and change.

We offer bespoke leadership training programs to our customers.

Leadership is required for alignment and optimisation. Personal leadership is essential for all employees, regardless of hierarchic level or department. A leader has vision and is able to communicate this to his/her team and inspire them to achieve this vision (Strategy), a leader can plan and manage processes and set priorities (Structure) and a leader can lead and motivate him/herself and others in their development (Soul) such that performance of the individual, team and the entire organisation is maximised.

Call us or send us an email and we will contact you ASAP!